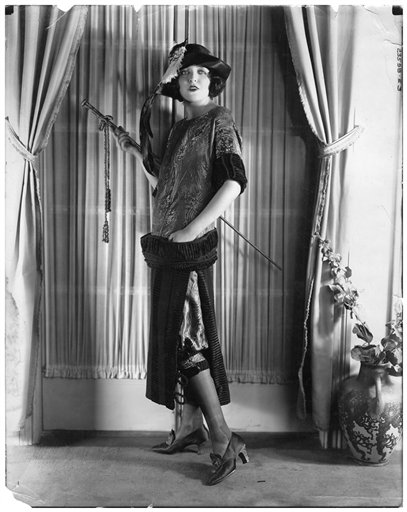 With the new Great Gatsby film due for release shortly, the flapper look is set for a comeback, as predicted by ShopCurious back in April 2009. In fact, the outfit shown above is curiously similar in style to that worn by Susie Bubble recently at the Vogue Festival (as photographed in our post of 27th April).

In the 1920s, bras, or brassieres as they were called at the time, were no more than bandeau style chest-flatteners, originally attached to a corset. Those with small breasts got away with wearing the fashionable camisoles of the time, but bustier ladies found themselves resorting to the scarily named Symington Side Lacer – a contraption that was laced at the sides to pull in and flatten the chest. It wasn’t until a bit later that bra cup sizes were introduced. 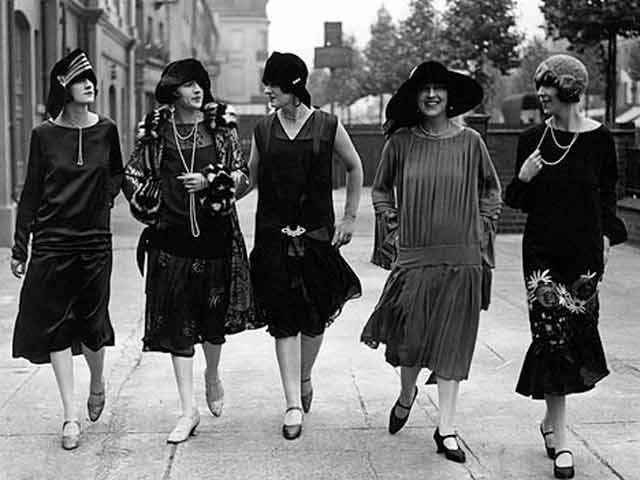 The word ‘flapper’ is originally British, and said to be inspired by young women’s rubber galoshes, which were left open to flap when they walked – though the term also has less salubrious connotations. The flapper look as we know it was later popularized by Coco Chanel and other leading designers of the day throughout the United States and Europe. The ‘flapper’ label became synonymous with liberated young women. Flappers were bold, confident, and sexy. They tried faddish new diets in an effort to achieve a fashionable thinness, because new fashions required slim figures, flat chests, and narrow hips. 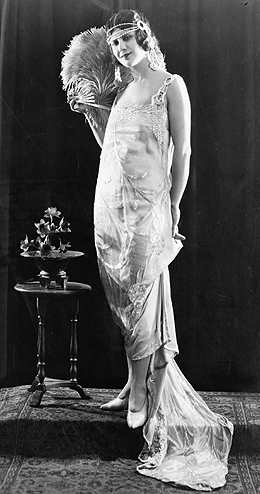 As it happens, the flapper dress was much less complicated than earlier designs and wasn’t the sole preserve of the moneyed classes. Skirt lengths in the ‘20s varied dramatically: they weren’t all short (see above) and, contrary to popular belief, the women weren’t all incredibly skinny either. Although the fashion was for dresses to be loose fitting, the straight skirt style of flapper dresses is fairly timeless and can suit larger ladies, though less so the larger busted frame.

Flappers were notorious for rejecting strict Victorian rules and representing everything new about women – smoking, wild dancing, short bobbed hair, brightly coloured lipstick, reckless behaviour and male attitudes. In the early 1900s, women started to work alongside men for the first time and to move away from the role of being purely mothers and housewives.

With the onset of the Great Depression, the Flapper lifestyle fizzled out fast.